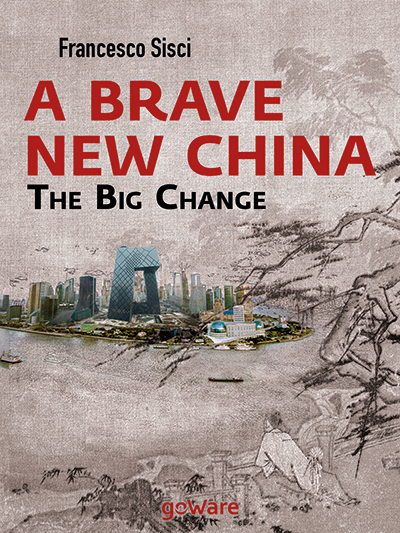 How the Chinese look at themselves, the world, and the challenges of the future.

Where is China, What is China: Where are the traditional pigtails of the old mandarins, the Mao’s bicycles and his suits? Where are the large families with the many concubines? The stuff that made China for centuries in all the stories Chinese and foreigners told of this huge country is gone. China now is skyscrapers, limousines, fast trains, science fiction airports, bright neon lights that explode in the night more than fireworks.

Chinese are changing and have changed beyond recognition. In fact, they have changed so much that they do not see themselves in their present shape, just like an animal going through a metamorphosis. We are in the middle of this huge transformation and we don’t know if and when the new shape will stabilize and what impact it will have on the conscience of the Chinese and of the people of the world looking at China.

This book is an exploration into this huge revolution that is affecting the whole planet in the biggest way possibly since the fall of the Roman Empire.

Francesco Sisci lives and works in Beijing. He is a senior researcher at the Center for European Studies at the China Renmin University. Sisci is also columnist for “Asia Times” with the column Sinograph and he often comments on international affairs for CCTV and Phoenix TV. For more than TWO decades he worked as journalist in China covering political, social and economic issues about the development of China writing many books and essays. Sisci was the first foreigner ever admitted to the Graduate School of the Chinese Academy of Social Sciences (CASS, China’s top research body).