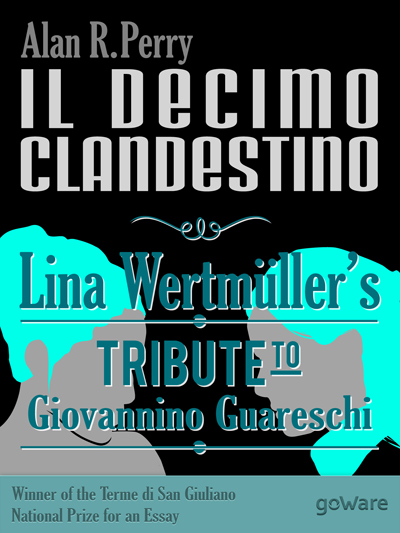 This study examines Lina Wertmüller’s 1989 film adaptation of Giovannino Guareschi’s short story Il decimo clandestino through the lens of her documented collaboration with the author’s children, Alberto and Carlotta Guareschi. The tale itself is important to consider in its own right for its representation of Grace, a message of redemption that Wertmüller captured because she generously agreed to make changes to her plot that Alberto and Carlotta had recommended. The director’s openness to rework her film contrasts strikingly with how the filmmakers of the Don Camillo-Peppone films of the 1950s and 1960s brushed aside Guareschi’s recommendations, ensuring that the author would feel betrayed because the adaptations did not reflect the true spirit of his Mondo piccolo narratives. Moreover, Wertmüller’s Il decimo clandestino, coming at the end of the Cold War, provided one of the first occasions for critics to rediscover Guareschi, a writer whom many intellectuals had shunned because of his politics, artistic medium, and popular appeal. Wertmüller’s film is thus important to canvass when considering the trajectory of the author’s critical reconsideration.

Alan R. Perry is currently Associate Professor of Italian Literature at Gettysburg College in Gettysburg, Pennsylvania. He earned his Ph.D. at the University of Madison-Wisconsin in 1998. His specific field of scholarly interest is the Italian Resistance of World War II and Italy in the Cold War. In 2001 Longo Editore published his anthology Il santo partigiano martire. Of late, he has given specific attention to the literary and journalistic work of Giovannino Guareschi. In February 2008, the University of Toronto Press published his book The Don Camillo Stories of Giovannino Guareschi: A Humorist Portrays the Sacred.