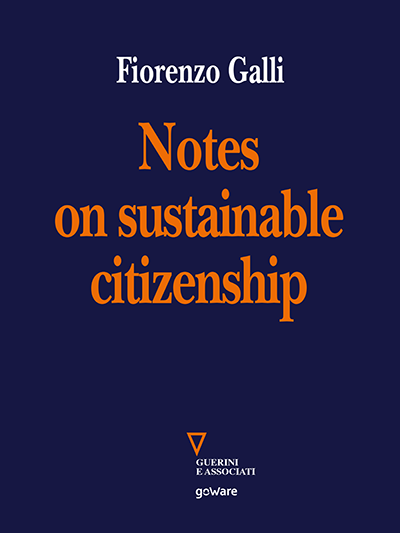 In the last one hundred years, the world population has grown at an impressive rate and societies are facing deep changes. New global scenarios must deal with inevitable migrations of peoples, climate changes, economic and production fluctuations, a radical digital revolution, and the global management of available resources. Can science and technology solve all our problems and ensure a high standard of living for everyone on this planet? The author argues that scientific and technological innovation must be combined with new social models to build a sustainable future.

Fiorenzo Galli Born in Milan into a family of entrepreneurs and married with two children. An officer in the Mountain Army division (Alpini) and with a sporting past, he served as General Secretary of the Foundation Milano per la Scala (where he initiated Digital Asset Management and the first website for the Milan theatre). He was then appointed Director General of the National Museum of Science and Technology Leonardo da Vinci in Milan, which he turned into a European excellence (the Toti submarine arrived in Milan under his direction). He is very popular in Europe for his activities in favor of a permanent development of the relationships between culture, business, and innovation. For several years he has been a member of the Board of ecsite(a European association of over 450 science centers and museums). More recently, he has become a member of the ceo think tank comprising the four major technical-scientific museums in Europe (Deutsches Museum in Munich, Universcience in Paris, Science Museum in London, and National Museum of Science and Technology Leonardo da Vinci in Milan). He is a member of the Kuratorium of the Deutsches Museum in Munich and has a strong relationship with the usa, Cuba, Korea, Japan, South Africa, and Iran. He received the «Culture + Enterprise» award in 2015. This book was awarded the Premio Nazionale di Divulgazione Scientifica 2016 (National Award for Science Dissemination) in the «law, economy, and society» area.