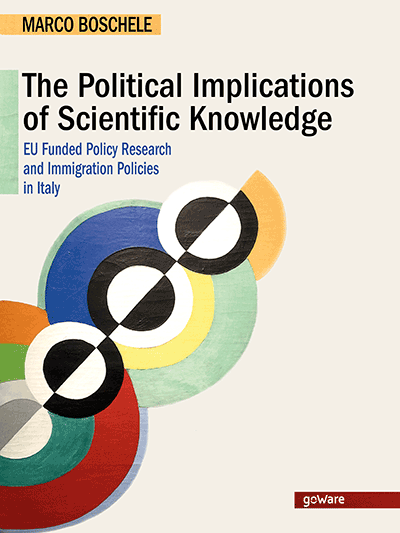 The work endeavours to assess the impact of EU funded research on both, social science policy research and the policy making process at national level. Attempts, in the past, to include the social sciences in the decision making process have raised questions about the validity of scientific knowledge, in terms of its objectivity, and in terms of its legitimizing element. The starting point of this investigation, therefore, is the relationship between research and policy making. Subsequently, it considers the development of social science research in the field of immigration. At EU level it analyses the changes in the dynamics of migration and how the EU research Framework Programmes have responded. At national level it seeks to place the concept of citizenship and nationality law within the tradition of the social sciences in Italy and to understand how social science research has contributed to the development of policies. The investigation also analyses the research policy approach at institutional level in Italy and the involvement of Italian universities and organizations in the FP6 and FP7 to determine if there takes place an internationalization/Europeanization of social science research on immigration and/or the construction of a ‘non-national discourse’. There is a formation of a discourse in the field of immigration research which follows the Commission directives but due to the Italian policy making process closed to academic and experts influence this discourse does not permeate the process of immigration policies making.

Marco Boschele is from Trento and he received a BA in Politics with a Minor in Political Philosophy and a MA in Political Philosophy from the University of East London. His MA thesis discussed, through the thinking of Lyotard and Rawls, the postmodern and modern concept of justice in an international context. In 2004 he moved to Istanbul and he undertook a PhD program at the Marmara University in the European Union Institute. The doctoral thesis explored the influence of EU funded research, in the sphere of the social sciences, at national level. The field of research was immigration and the case study was Italy. His research interests are within the sphere of political philosophy with particular focus on what legitimises political power in an age of the crisis of political legitimacy of the national state. He currently teaches political science at Kocaeli University.