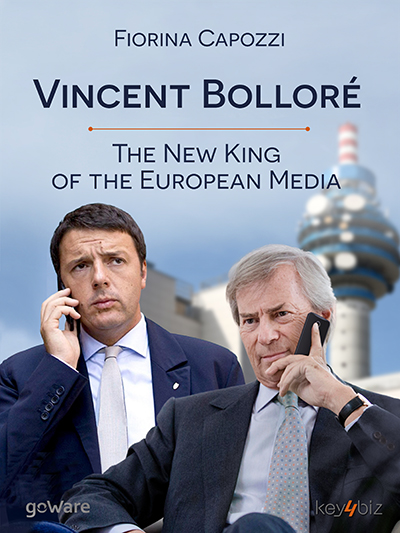 Vincent Bolloré. The New King of the European Media

Vincent Bolloré is the most important Telecom Italia shareholder. But who’s really the Breton financier that has been investing in Italy for several years and what are his projects? The question is key: the Italian government is going to support a wide investment plan in ultrabroadband infrastructure while the Italian and European telecom and media companies are in the middle of a heavy consolidation process. Bolloré wants to play an important role in this match. Looking at the financier life, the author imagines for the future three different scenarios. In each one of them, it is obvious that the destiny of Vivendi, controlled by Bolloré, Mediaset, own by Silvio Berlusconi, and Telecom Italia are bound with the ultrabroadband development and media evolution both in Italy and Europe. This is the first book in English language about the new king of European media.

Fiorina Capozzi is a senior financial reporter who lives and works between Milan, Paris and Rome. She spent ten years in France as a foreign correspondent where she also worked for the Italian Chamber of Paris as secretary-general. She began her career in the regional newspaper “Il Mattino” from Naples as a teenager. After her university degree in Economic Sciences, she moved to Milan where she worked in the reporter team of financial newspapers such as “Milano Finanza” and the “Finanza & Mercati”. She wrote also for the weekly “Il Mondo” (RcsMedia, Corriere della Sera) and for the news agency “Radiocor IlSole24ore”. Very passionate about geopolitics, she attended the Master for war correspondent of the Maria Grazia Cutuli fundation. She currently works for the italian newspaper “Il Fatto Quotidiano”.