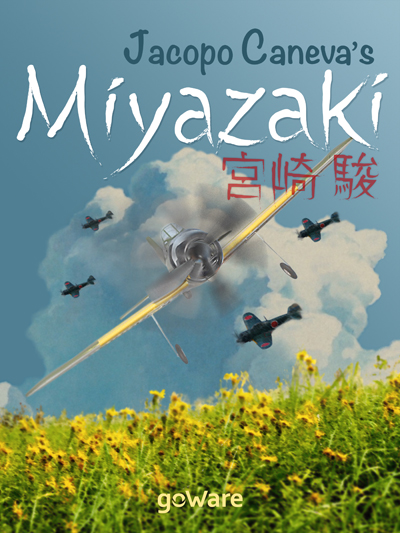 Hayao Miyazaki’s Studio Ghibli The Wind That Shakes Your Soul

Now the readers can enjoy a monograph about one of the most amazing authors of the contemporary era, Hayao Miyazaki, and written by a great fan and expert of his cinema and his art. After his review on Tim Burton’s work, the young Jacopo Caneva faces the cinema and the music by Miyazaki and the most important production house for animated movies (called anime in Japanese) of the world, Studio Ghibli. This team has produced masterpieces such as Spirited Away, Howl’s Moving Castle and My Neighbour Totoro. Its last production Kaze tachinu (The Wind Rises) surprised the audience at the Venice Film Festival and made a whole country talk about topics like peace and war. Miyazaki’s cinema is a combination of ecologism, pacifism, anti-fascism, strong female characters and considerations about the future of humanity: a mix that could be found only in works by great authors, such as Charlie Chaplin.

The young Jacopo Caneva present his peculiar style in describing the movies thorugh the music, which has been mostly composed by Joe Hisaishi. The music is mainly based on piano compositions and emotional orchestra music that hangs between West and East, minimalism and romanticism. Music confers a new dimension to the extraordinary visions of Miyazaki and the other directors from Studio Ghibli; this dimension can live and triumph only in the animated world, which represent the cinematic form par excellence. A book you can’t miss if you are a fan of one of the directors who marked the history of cinema.

Jacopo Caneva was born in Latisana (near the city of Udine) on the 29th of June 1998 and now lives in Portogruaro (in the Venice province). He studies in the fifth year of the “XXV Aprile” secondary school focusing on humanities of his city. He’s learning to play the harp and he is studying harmony and composition. His favourite directors are Tim Burton, Hayao Miyazaki and Takeshi Kitano; he loves music by Modest Musorgskij, Danny Elfman, Claude Debussy and Joe Hisaishi and loves reading works by Haruki Murakami and Lewis Carroll. His ambition is to become a movie director.
He has published the following e-books with goWare: Jacopo Caneva’s Tim Burton and I 10 brani da ascoltare almeno una volta nella vita (10 Songs to hear before you die).
He also writes cinematographic reviews on a column titled, “L’occhio discreto di Melonhead” (Melonhead’s descret eye) on the free magazine “e-mood”, published by goWare and Thèsis Contents.