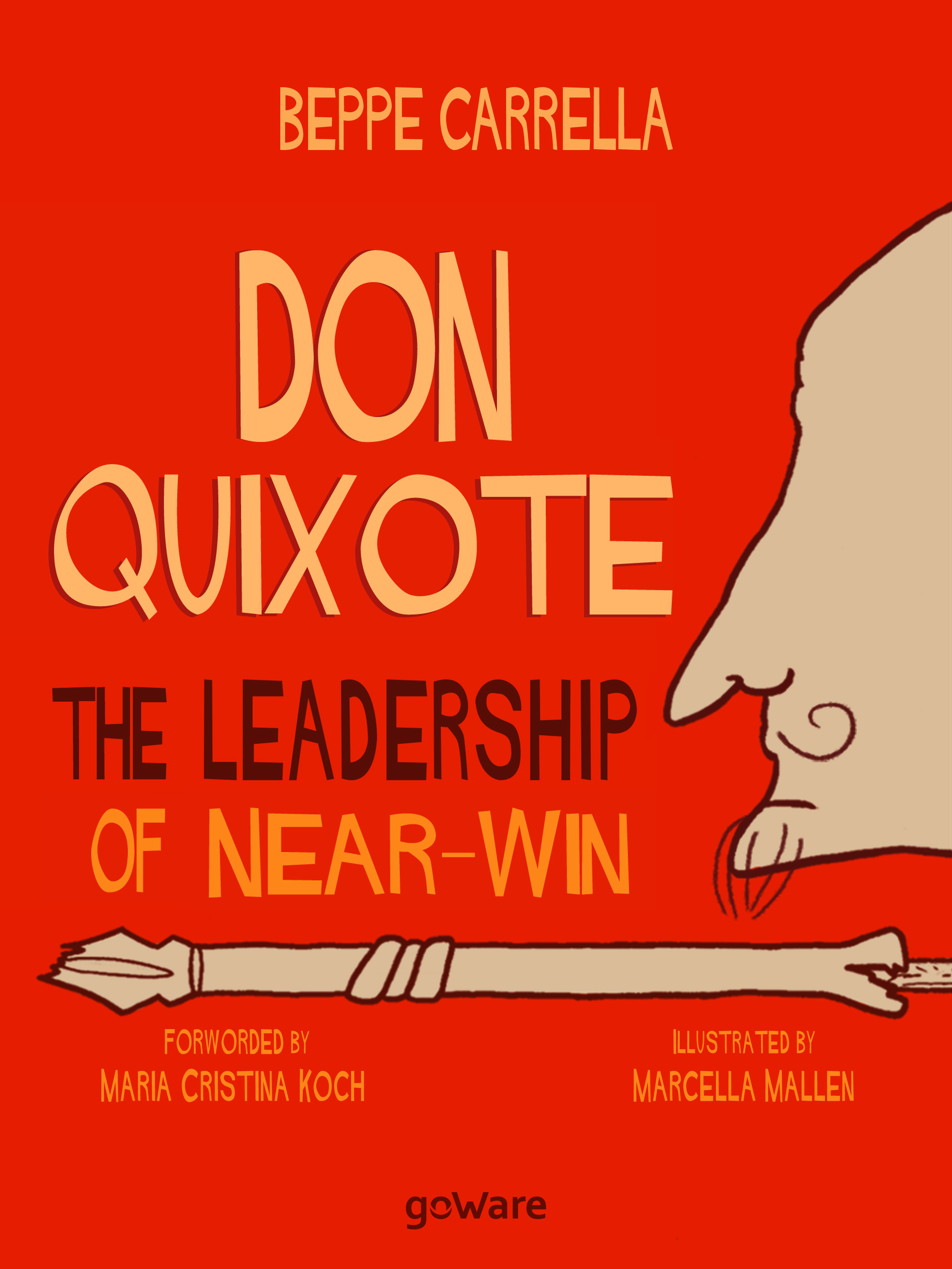 Don Quixote. The leadership of near-win

What can Don Quixote, patron saint of the resilient, dauntless champion of near-victories, teach us about leadership? And who, much like him, wouldn’t want to be a knight? To live a thousand adventures, to amaze and astonish, to be rewarded with fame, to be the carrier of great ideals and values. What happened to that dream? We are so quick to label believers as fools… and who is more of a dreamer than the don? Someone who lost his marbles, who has started to see beauty in his surroundings. Who calls the “truth” of this world into question. The don has a vision, which compels him to set off with nag and squire, just moving forward. We too might become the heroes of the story, one failure after the other. Uphold our ideals when everything around us is falling apart. Take our talent into our own hands. And well, to quote Will Eisner, it doesn’t matter whether Don Quixote truly existed, what matters is that his dream did.

Beppe Carrella (Senior Business Analyst in SINFO-ONE) cut his teeth as a manager in the ict arena and has acted as ceo in several ict companies both in Italy and abroad. He is the founder of bclab and was a professor at both Italian and foreign universities. In 2013, his first book Provocative Thoughts among the ten most prominent works about human resources managment according to prestigious American magazine hr.com. His book Pinocchio. Leadership Without Lies (2018) was also published by goWare.